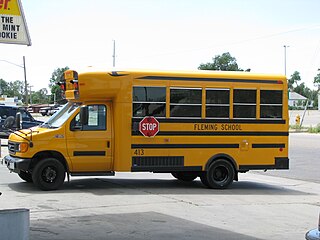 I went on ERIC recently to check out their revamped website, which is nicely done. While I was there, I figured I should poke around a bit—something I’m ashamed to say that I don’t do often.

I found this interesting study on the identification of minority students for special education services. It’s a well known fact that minority students are disproportionately labeled with disabilities. This is often attributed, either implicitly or explicitly, as a problem inherent to the child, or as a problem of parenting. As the researchers state in the article, “although minority children and youth enter schools with a range of experiences associated with the rich sociohistorical context(s) of home and family (Artiles, 2003; Artiles & Bal, 2008), their families are often blamed for the emergence of disabilities, with the quality of instruction rarely considered (Harry & Klinger, 2006). Such a view completely ignores the responsibility of schools in educating children over the course of time.”

The researchers set out to examine the data on identification of minority students with an eye towards something we discuss frequently on this blog: context. They examined “the immediate settings containing the developing person, as well as the larger social contexts, both formal and informal, in which these settings are embedded.”

Through this frame, they discovered something incredibly powerful:

“We found that when one considers students nested within schools, which are then described by variables from these multilevel contexts, with all variables entered simultaneously in a model to predict special education identification, that school variables — not race and gender — become the significant predictors of MR, ED, and LD [mental retardation, emotional disturbance, and learning disability]. Previous research had focused on characteristics of the individual child and family as responsible for the development of disabilities (see Harry & Klinger, 2006), with race and gender, particularly in the categories of MR and ED, all significant. Yet our results reveal that race and gender of individuals do not tell the whole story; that indeed school factors from multiple levels of influence can explain the identification of children and youth with disabilities.”

This is a damning verdict that puts the onus on schools for failing to meet the needs of minority students. What is also interesting about this finding to me is that I had happened to just finish reading an interview between Peter DeWitt and Richard Allington, in which the following relevant dialogue occurs:

RA: I don’t believe there are any children with this mythological affliction labeled LD. I think what we have learned in the past two decades is that there are some kids teachers give up on and then largely ignore. These kids get labeled LD. So for a total of how many students have an actual disability, I’ll go with 3%. That pretty much covers all the severe disabilities (blindness, deafness, severe mental impairment, etc.).

That’s a pretty bold statement, and as someone who works every day with students “labeled LD” who face legitimate and daunting challenges with academic material, I find such a blanket dismissal way off base. However, in the context of this research, I see his point. Disabilities aren’t necessarily attributable to a “defect” in a child, but can sometimes be attributable to a failure in education, most particularly (in my mind) to a failure in early education and a failure in curriculum.

“Our findings have the potential to shift the focus from blaming minority children and their families for the emergence of low achievement and disabilities to placing greater responsibility on schools and school policies that directly affect them (Harry et al., 2005). Some theorists see this as an improvement over blaming the victim (McDermott & Varenne, 1995); we see this as an essential path to intervention for minority children and youth. School is the setting where important policy decisions are aimed at addressing disproportionate representation of minority students in special education (Hosp, 2009). Yet educational policy tends to focus on punishing students and teachers for failing to meet academic standards (Heubert, 2002), rather than supporting schools, teachers, and students by providing them with access to high quality, certified teachers in schools, where parents want their children to attend and remain. Urban schools in large districts are most likely to be on the punishing end of national school policies; despite spending more money, they obtain less in the way of buying power for the money they do spend (Parrish, 1996). Urban schools, then, are currently less able than their suburban counterparts to hire and retain qualified teachers (Darling-Hammond, 2006). These are the schools that minority students disproportionately attend.”

Yes. All too many of the segregated schools that serve primarily minority or low income families are not up to par. And states keep asking these schools to do more with less, as if a simple shift in management and leadership will enact the necessary transformation. But we have to also be willing to invest in the infrastructure, early education, child care, and transportation and housing strategies for socioeconomic integration. Not to mention a professional and highly qualified workforce. Otherwise social mobility will remain an empty promise.

“Schools are clearly poised to serve as a source of either risk or resilience for minority children and youth, improving the quality of education and reducing the need for special education.”