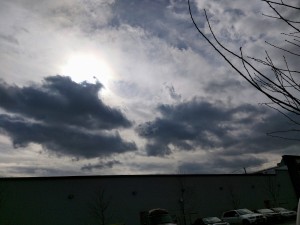 I know, I’ve mostly stopped posting. A conflux of being-really-busy at work, getting-really-sick (turns out I’m allergic to a certain type of antibiotic), and being-overwhelmed-with-information (I get way too many newsletters) and needing to just kind of hit the pause button on everything. And winter.

I guess there’s some kind of game going on, but I’m not a football person, so I’m posting this instead. So here you go: