“You may think that you control most of your choices, but the truth is that a large portion of your actions every day are simply a response to the environment around you. The forms you are mailed, the food on your kitchen counter, the items on your desk at work — they all impact your behavior in one way or another.

Bringing it back to the researcher’s quote, we could say that your environment is the “default option to which you are assigned.” The environment you surround yourself with determines the default actions that you take on a day–to–day basis.”

—James Clear, “Environment Design: How to Improve Your Health and Productivity Without Thinking About It“ 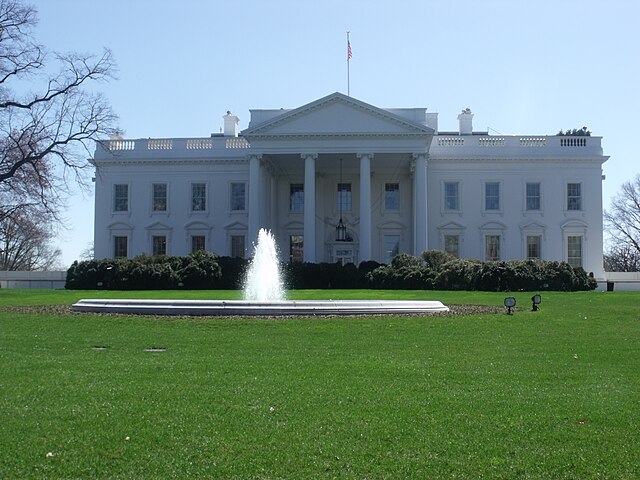 Came across this thanks to Vaughan Bell on MindHacks.

President Obama has issued an executive order that acknowledges the importance of design in impacting behavior and psychology, a subject we have discussed here, most recently in relation to a scarcity mindset and our cognitive fallibility. Here’s the overview of the executive order:

A growing body of evidence demonstrates that behavioral science insights — research findings from fields such as behavioral economics and psychology about how people make decisions and act on them — can be used to design government policies to better serve the American people.

Where Federal policies have been designed to reflect behavioral science insights, they have substantially improved outcomes for the individuals, families, communities, and businesses those policies serve. For example, automatic enrollment and automatic escalation in retirement savings plans have made it easier to save for the future, and have helped Americans accumulate billions of dollars in additional retirement savings. Similarly, streamlining the application process for Federal financial aid has made college more financially accessible for millions of students.

To more fully realize the benefits of behavioral insights and deliver better results at a lower cost for the American people, the Federal Government should design its policies and programs to reflect our best understanding of how people engage with, participate in, use, and respond to those policies and programs. By improving the effectiveness and efficiency of Government, behavioral science insights can support a range of national priorities, including helping workers to find better jobs; enabling Americans to lead longer, healthier lives; improving access to educational opportunities and support for success in school; and accelerating the transition to a low-carbon economy. [Bold added]

To the point about automatic enrollment for retirement savings, this echoes advice from the authors of Scarcity to design for automating opt-in, rather than opt-out, as well the idea of designing for better choices to be more immediately accessible.

While some will perceive this order as paternalistic mind-control, I think this points to a promising shift in an approach to human-centered design in policy, rather than decision-making solely based on bureaucratic concerns.

There’s an unfortunate narrative that sometimes gets pushed in the ed reform community that charter schools are places of innovation and effective practice, while traditional district schools are maintainers of the status quo.

At my school, Jonas Bronck Academy, there’s a few initiatives that I’m excited to help support in this new school year that I think any school, whether charter, district, or private, might learn something from. Check out a short overview of those initiatives in this presentation:

I’ve written about the idea for “stealthy” interventions that I was introduced to at the ResearchED conference by Carl Hendrick. I recently was able to present some of that research, along with other ideas about growth mindset and WOOP goal-setting, to my staff last week. I’m sharing the presentation I used in the hopes that it might give you ideas for your school! Share and share-alike.

Mark and I began blogging about schools and ecosystems because we were frustrated with the business model of school reform. As we wrote in our original schools and ecosystems manifesto, “applying an industrial-growth model” to school design doesn’t work– at least not for students and teachers. We proposed that viewing schools as ecosystems might help us design more humane and effective educational reforms than those currently on offer.

Merit pay and value-added assessment: these are common proposals from advocates of the business model. Their merits have been roundly debated elsewhere, so our readers likely already have a position on each of these management tools. What you might not know, however, is that both of these common management techniques have their roots in American chattel slavery.

Caitlin C. Rosenthal, a fellow at that hotbed of radicalism known as Harvard Business School, has been researching the connections between modern management and the techniques that slaveowners used to track and improve their slaves’ productivity. Rosenthal has found that having a captive workforce allowed slaveowners to experiment with a wide variety of management techniques. Among these, merit pay:

“This led owners to experiment with ways of increasing the pace of labor, Rosenthal explains, such as holding contests with small cash prizes for those who picked the most cotton, and then requiring the winners to pick that much cotton from there on out. Slave narratives describe how others used the data to calculate punishment, meting out whippings according to how many pounds each picker fell short.

Slaveowners also pioneered the art of measuring employee value as a function of productivity:

“Starting in the late 1840s, [slave-managing innovator] Thomas Affleck’s account books instructed planters to record depreciation or appreciation of slaves on their annual balance sheet. In 1861, for example, another Mississippi planter priced his 48-year-old foreman, Hercules, at $500; recorded the worth of Middleton, a 26-year-old top-producing field hand, at $1,500; and gave 9-month-old George Washington a value of $150. At the end of the year, he repeated this process, adjusting for changes in health and market prices, and the difference in price was recorded on the final balance sheet.

These account books played a role in reducing slaves to ‘human capital,’ Rosenthal says, allowing owners who were removed from day-to-day operations to see their slaves as assets, as interchangeable units of production in a ledger, instead of as people.”

Much of this is hardly surprising. After all:

“The evolution of modern management is usually associated with good old-fashioned intelligence and ingenuity—’a glorious parade of inventions that goes from textile looms to the computer,’ Rosenthal says. But in reality, it’s much messier than that. Capitalism is not just about the free market; it was also built on the backs of slaves who were literally the opposite of free.

Perhaps I’m being generous, but I’d like to assume that when Cuomo and other business-minded reformers propose using merit pay and value-added assessment of employees, they’re unaware that they’re proposing slaveowner management techniques. Now that this troubling history is out there, let’s hope they’ll reconsider before advocating tools used to build and maintain one of America’s most brutal and repugnant institutions.