A grim reminder that we never know when invisible ecological thresholds may be crossed: more than half of an endangered antelope species in Central Asia died off within a month.

We are entering an era of increasing turbulence due to factors related to climate change, of which the saiga antelope is one casualty.

Check out this post for more on the concept of thresholds. 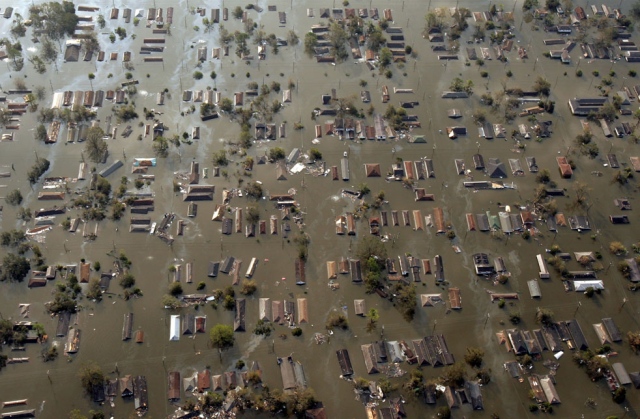 It’s hard to believe that it’s been seven years since Hurricane Katrina laid waste to Louisiana and the Gulf Coast. At the time, the devastation was so overwhelming that it was impossible to zero in on any one aspect of the destruction and hold it in focus. Certainly, I gave little thought to the effect Katrina would have on Louisiana’s public schools. Not for a moment could I imagine that by 2010, a mere five years later, a Democrat-appointed Secretary of Education could call Katrina “the best thing that happened to the education system in New Orleans.”

That Arne Duncan quote is old news now. But the wholesale destruction of public resources in Louisiana remains very much on the agenda. On June 1, The New York Times reported that the state is bidding to privatize its public schools and “preparing to shift tens of millions in tax dollars out of the public schools to pay private industry, businesses owners and church pastors to educate children.” Public funding, The Times reported, will be offered to some schools that teach “bible-based math” and others that refuse to teach evolutionary theory because “all those things…might confuse our children.”

What does any of this have to do with ecosystems? Only two years after a disastrous, British Petroleum-funded oil spill ravaged the physical and economic well-being of the Gulf Coast’s poor and working-class, it’s hard to take seriously the idea that private companies are better suited than public schools to care for children. More than that though, many of the religious institutions that would receive government funding under the Louisiana plan have declared war on science itself— a frightening prospect for anyone interested in sustainable environmental policies. The Times described conditions and curricula at various schools eligible for funding under the privatization plan:

“The Upperroom Bible Church Academy in New Orleans, a bunker-like building with no windows or playground, also has plenty of slots open. It seeks to bring in 214 voucher students, worth up to $1.8 million in state funding.

At Eternity Christian Academy in Westlake…first- through eighth-grade students sit in cubicles for much of the day and move at their own pace through Christian workbooks, such as a beginning science text that explains ‘what God made’ on each of the six days of creation. They are not exposed to the theory of evolution…

As I read these descriptions, I was struck by how miserable these school environments sounded: students sitting at cubicles or in “bunker-like” buildings without windows. For all of their rhetoric about standards and innovation, is this the future that corporate-minded education reformers envision for public schools? (If the connection with corporate-style reform seems like a stretch, keep in mind that Michelle Rhee and her StudentsFirst organization have been working with Republican governors around the country to promote school voucher and privatization plans.)

Shortly after Hurricane Katrina hit, Adolph Reed wrote a brilliant piece in The Nation that described the roots of the Katrina disaster. Reed wrote:

“We have to be clear that what happened in New Orleans is an extreme and criminally tragic coming home to roost of the con that cutting public spending makes for a better society. It is a shocking foretaste of a future that many more of us will experience less dramatically, often quietly as individuals, as we lose pensions, union protection, access to healthcare and public education…and as we are called upon to feed an endless war machine. ”