An interesting concept that has relevance for schools.

Though stochastic bullying or stochastic cheating might be more appropo…

At school, even a small reprimand from a teacher or perceived insult from a fellow student can trigger explosions of rage, expletives, and other inappropriate behavior.

. . . At Lincoln, the teachers and staff follow a few deceptively simple rules: Don’t take anything the student says personally and don’t mirror their behavior with an outburst of your own. The teachers give students time to calm down, often in the principal’s office or a special “quiet room.” Later, they inquire about what might be bothering them and ask if they want to talk about it.

. . . As the Lincoln staff discovered, helping teachers de-escalate their reactions to student misbehavior is critical to building trusting relationships. “Things like language [and] tone of voice can really trigger or re-trigger some kids, especially kids who have known trauma.

A whole-school approach to [Social-Emotional Learning] means that all the adults in the building — not just teachers and principals, but lunchroom monitors, bus drivers, librarians, and specialists — have to be invested and on the same page with SEL. In their own interactions, as well as in their work with students, adults should model the type of behavior they want their students to exhibit . . .

So while regular professional development can teach adults the nuts and bolts of integrating SEL into the school day, one more step is crucial to a successful program: Ensuring that adults develop their own social-emotional capacities. “Our approach has shifted towards supporting the adults’ own social emotional needs, addressing the stressors they may be experiencing as professionals in education.

More on the need for adults to have the capacity for modeling self-control: Learning and Teaching Self-Control

“stopping may actually be a relatively automatic and effortless process, and, in some sense, a mere by-product of being appropriately mindful of environmental change. Instead of stopping, the central role is occupied by the ability to attend vigilantly to features of the world that might demand changes in behavior.“

This interview is a bit difficult to parse for a layman like myself, but it jibes with my ken.

It makes more sense to train a child to become aware of the physical changes that can occur during emotional stress rather than merely techniques for “stop and think.” You can’t stop and think if you aren’t able to monitor yourself enough to know that you need to stop and think! 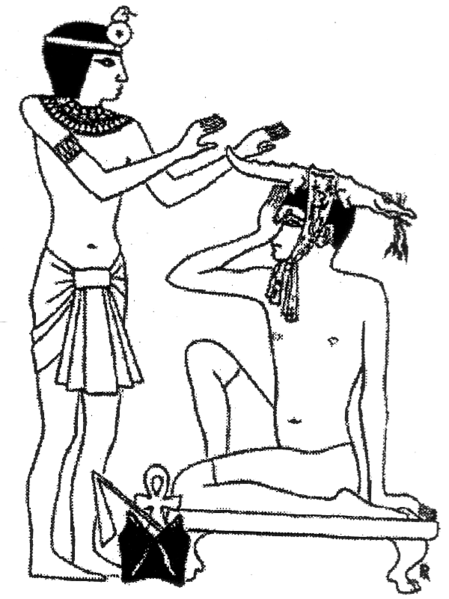 When I began teaching in the South Bronx in a 12:1:1 5th grade classroom, I was struck by an alarming gap in fundamental social and emotional skills of my students. For example, once when I rewarded them with some free time in the schoolyard and watched them “play,” I realized that some of them had no idea how to play. Some stood around and moped. “This is boring,” one of them listlessly stated.

Or when I found that I was unable to complete a full sentence when teaching a lesson because I would be interrupted by a student insulting another student, or a student cutting me off to say something that had nothing to do with the topic, or a student growing violently aggressive because I didn’t call on him when he raised his hand. . .

Each day was made up of hundreds of small moments such as these, where I was overwhelmed by just how much my students needed me to guide them through. I couldn’t seem to even dip a toe into academic content some days, as I seemed to be helplessly trying to stamp out a hemorrhaging barrage of emotional fires.

But one of the most fundamental things my students needed me to do was control my own reactions and emotions to these fires. I hadn’t been trained in how to counsel a student who went into hysterics when I placed a piece of paper in front of her and asked her to write. I hadn’t been trained in how to avoid escalating aggression with a student who cursed me out when I asked him to answer a question on a text.

That first year, my students were training me in self-control.

I realized that if I was unable to consciously monitor how I reacted and responded to my students, then I would not be able to help them. When a student caused me to feel something terrible inside, such as anger, or fear, I came to recognize that they were sharing with me a similar feeling they had inside. And if I responded in kind, rather than guiding them to a positive place, I was merely perpetuating and escalating those entrenched feelings, solidified in their hearts by years of toxic, chronic and acute stress.

They needed me to go down into that place inside of myself, with them, and guide them through those terrible feelings to some place better. And I could only do that through first modeling how I was controlling myself, then teaching them what it was I was doing.

Even today, I still can barely talk about a couple of the students from my first two years, as I will begin sobbing. The tiniest glimpses I got into the reality of their lives was devastating.

The moment in my first year—when I realized that for some of my students I was the single most consistent and influential adult figure in their lives, simply because I got up and walked into their classroom every single day—was overwhelming. Every single thing I did, from what I wore to what I said, had an incalculable impact on them.

And this is why I believe that any “program” that teaches students social-emotional skills without addressing the adults teaching them is misguided.

I’m writing about this because this is an issue I’m passionate about (read: my literature review and action research on self-control at City College, my blog on the “hidden curriculum” on GothamSchools, and my ASCD Express article on using Life Space Crisis Intervention) but also because I just read a NY Times article on teaching social-emotional skills that I felt missed this most fundamental aspect of such teaching.

In “Can Emotional Intelligence Be Taught?” by Jennifer Kahn, the author explores the trend of teaching social-emotional skills in schools, and how it is getting implemented in a few different schools.

If we reframe the teaching of social-emotional skills by recognizing the necessity for the adult to first understand and exhibit self-control, then this point becomes elucidated in Kahn’s article. Let’s examine a few passages that illustrate this:

Social-emotional learning programs often rely on strategies from conventional therapy, like the ability to get distance on a feeling, or to unpack the deeper emotions that may be hidden within it. But fostering these skills in a child is a complex undertaking. For a child to master empathy, Jones notes, she first needs to understand her own emotions: to develop a sense of what sadness, anger or disappointment feels like — its intensity and duration, its causes. That awareness is what lays the groundwork for the next step: the ability to intuit how another person might be feeling about a situation based on how you would feel in a similar circumstance.

Let’s look at another example, where Kahn observes a classroom being taught a packaged program of social-emotional skills. A student, who Kahn amusingly nicknames “Backpack Boy,” challenges the program’s interpretation of a complicated event with multiple perspectives:

[The teacher] allowed the debate to go on for several minutes, then moved crisply to the official point of the lesson: that once a thing is in your possession, you are responsible for it. The class ended with each group writing the steps of restitution on a piece of poster board. It was a disappointing moment. Though Little-Brown was engaged and thoughtful, the class still felt more like a rote exercise in social obligation than a nuanced exploration of a complicated issue. It was hard to believe that the resolution was satisfying to someone like Backpack Boy — one of the few students who seemed eager to wrestle with the knotty issues on which justice can turn.

The teacher is teaching a program, rather than listening to the child who was attempting to communicate his experience and understanding of something complicated. He was grappling with something deep that he could have used guidance in.

The author of a social-emotional program, Ruler, is one of the only adults in the article who acknowledges, albeit somewhat shallowly, that adults must also understand social-emotional skills:

For Ruler to work, he maintains, the tools need to be embraced not just by students but also by teachers and administrators.

I say “somewhat shallowly” because it’s not simply that “tools need to be embraced,” but moreover that the adults must be capable of empathy, conflict resolution, and self-control, not merely able to understand the terms or charts of a given program.

The adults in a school must first be able to demonstrate self-control and empathy in order to create a positive environment and culture of caring. Only then will they be able to guide and teach students in these critically important skills.