A beautiful post on the benefits of integrated schools. Read the whole thing.

The experience of being a part of a diverse and inclusive community is equipping me and my kids to go forward and connect and speak up in a world of difference, however messily. We proceed respectfully, and with eyes and ears wide open. We disagree, and we discuss. Our days have more texture, more color, more depth. There is tension, yes, and sometimes confusion; there are hurt and bad feelings, and there are misunderstandings. But there has also been so much joy. Despite the instinctive resistance to leaving “the comfort zone,” which all of us have, when we persevere through that feeling, we profit. It is the right thing to do. But it also feels really, really good.

. . . integrating our nation’s schools is not the whole solution — but I believe it’s a powerful step that will have a powerful ripple effect. I believe that integrated schools can have a powerfully stabilizing and sustaining effect in a time of chaos. I’ve already seen how my own community has anchored me, and many others, during this tumultuous past week. It is a place where we know we have a common investment in our future. It is a place where we talk and think about justice. It is something real and tangible in an increasingly virtual world. It is spiritual infrastructure.

–Kelly Bare, “A Divided America Gave Us the Problem of a Donald Trump Presidency. Integration is the Solution.“

At school, even a small reprimand from a teacher or perceived insult from a fellow student can trigger explosions of rage, expletives, and other inappropriate behavior.

. . . At Lincoln, the teachers and staff follow a few deceptively simple rules: Don’t take anything the student says personally and don’t mirror their behavior with an outburst of your own. The teachers give students time to calm down, often in the principal’s office or a special “quiet room.” Later, they inquire about what might be bothering them and ask if they want to talk about it.

. . . As the Lincoln staff discovered, helping teachers de-escalate their reactions to student misbehavior is critical to building trusting relationships. “Things like language [and] tone of voice can really trigger or re-trigger some kids, especially kids who have known trauma.

Dominic Randolph, the head of Riverdale Country Schools, and Max Ventilla, the founder of AltSchool, have written a thought provoking series of letters on Medium, on the topic of “What’s the Point of School?”

If schools took learning more seriously and aimed indirectly but intentionally, like a Zen archer, then I think they might be in quite different places.

This is an interesting way to phrase the principle of obliquity and pair it with the concept of social-psychological interventions! I agree strongly with Randolph on this. I tire of hearing leaders in education harp on shallow and direct sources of targets, such as test scores or standards or compliance rates, as if these are the ultimate drive or purpose in our work. Data and standards are only powerful when contextualized and analyzed from multiple perspectives, in consideration of the needs and interests of students and the curricular focus of the department and school. Compliance rates . . . well, that’s a baseline, not a target. Yet the messages I and other educators too often receive is that our focus should lie on such desultory targets.

How can we bring “applied anthropology” into schools so we can learn about how to more effectively construct the right culture of engaged and deep learning for our students, teachers, and parents?

People talk about the effect of a leader on a school environment or the way a particular class is difficult, but where is the science of the culture of schools?

Matt Candler’s ideas about “Tiny Schools,” in which small schools are begun as prototypical experiments, then brought to scale as they experience success, seems to be a great opportunity for such an expansion of “applied” science, most especially if the learnings from the failures of these experiments are shared transparently and openly.

I certainly hope there’s more thirst out there for such an education-specific science! I know I have this thirst myself. It’s hopeful that schools are pairing more often with academic researchers or design firms like IDEO, though I fear that such pairings end up focusing on schools and communities, like Randolph’s, that are already set up for success.

I’d perhaps be more interested in those pairings if they sought to expand the concepts of design thinking and character education to their broader community in the Bronx. How can school learning experiences build connections between students and schools of varying skills and backgrounds? And how can those connections be leveraged to actively overcome the physical and mental silos of our city and nation? 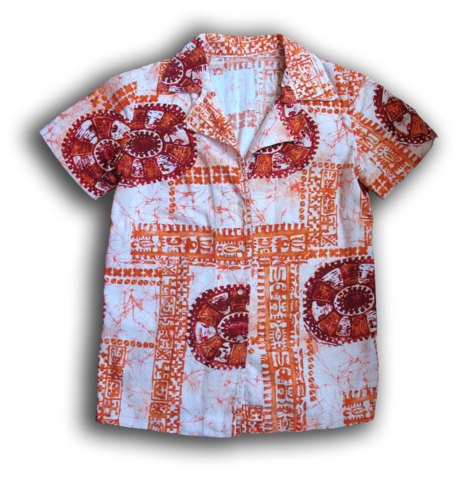 What can schools learn from Trader Joe’s? Check out my post over on The VIVA Project:

“Isn’t this exactly how we would want a child to feel when they walk into a school anywhere in our nation? To feel a warm, caring community that “wraps its arms around you,” where the staff are working in collaborative, “interlocking” positions that they “genuinely enjoy”?”

You may have noticed that I changed the subtitle of this site to “Socio-ecological perspectives on education.” I’d like to explain what that means and why I changed it.

It used to read something like “holistic, ecological, and student-centered perspectives on education reform,” but I’ve noticed that words and phrases like “holistic,” “student-centered,” or “reform” can carry a lot of baggage, dependent on the reader’s frame. Furthermore, when I do get around to posting, I’ve been straying from those themes at times and needed to find another way to capture what this blog is really about. Socio-ecological perspectives sounds perhaps more academic and clinical, but it succinctly states what threads consistently through most posts here.

“Socio” stands for “social” or “society.” When we talk about a school as an ecosystem, we’re pointing to the fundamental importance of relationships. And when we extend that social, societal dimension to include “ecological,” we’re grounding those relationships in a physical space, time, and place. Relationships are shaped by their environments; when we discuss a school as an ecosystem, we’re acknowledging the importance of contexts and content, physical infrastructure and curriculum.

But if you really wanted to geek out and get technical on the definition of “socio-ecological,” here’s a wonderful articulation from Wikipedia.org:

A socio-ecological system can be defined as:

Yes, all of that.

I’d like to focus this post on the “socio” part of things, drawing from a great post by Kara Finnegan and Alan Daly on Shanker Blog put up just today that very neatly makes the case for the importance of relationships in education.

Let me begin by stating the obvious, in case you don’t work in a school yourself. Relationships are everything in a classroom and school. I work in a middle school, and if there’s something happening with one of my student’s relationships with each other, or with their family, you bet it shows up in my classroom. Middle school kids, especially, are notorious for their focus on the social realm. But it’s just as important to the adults in a school. If there’s something happening between teachers, or a teacher’s relationship with the administration has shifted, you bet it shows up in the hallways, classrooms, and team meetings. It pervades.

Relationships determine the culture of a school.

But they determine much more than that, as Finnegan and Daly point out in their post—they also determine whether policies, instructional practices, and other forms of practice and knowledge are transmitted successfully or left withering at the door. You may think the problem of a failed reform is the information, “but relationships will trump even the best information.”

We wonder whether the current [reform] movement, based upon many of the same premises of standards and accountability that drove off prior reforms, has now created a thousand and one ways for schools to fail rather than changing the course of action and leading to the difficult work of changing the informal structure, norms, and culture described above – i.e., to build the capacity of these systems to bring about change.  Given the limited success of these efforts in most settings, particularly in large urban districts, it is time to shift the policy and reform attention from the school site as the unit of change to zooming out and exploring the systemwide context of reform: the horizontal and vertical social ‘ties’ between and among central offices and site leaders in a district enacting reform. In other words, it’s time to focus at the relational level.

Focus on the contexts and relationships. This is what I mean when I talk about the socio-ecological perspective of a school. If we simply view “fixing” schools as a technical problem, we’re bound to encounter the very same obstacles encountered by any prior reform. Without a shift in the culture and relationships in which any elegant technical fixes and knowledge are proffered, little will change. It’s about how things work together as a system.

Finnegan and Daly then use social network analysis to examine district relationships and sharing of knowledge. They discovered that central office administrators, unsurprisingly, had the most sharing of expertise. Then, interestingly, they found “district and site leaders” over on the other side of the map, which they termed “isolates”:

This means that no one seeks them for expertise, nor do they seek anyone. We see this as lost social capital in the organization, which in the current climate no district can afford. [bold added]

In other words, waste. I’ve written about this sort of waste in education before, when I wrote about why I left my last school on Chalkbeat NY. I said, “I want to be clear about one aspect of that struggling school: It is not struggling because teachers were ineffective or incompetent. In fact, in that school there lies dormant a vast human, social, and even physical capital entirely untapped, and that is what is the greatest of crimes” [bold added].

There’s a wealth of knowledge and expertise that lies untapped and wasted in schools across our nation. The good news is that by focusing on collaboration and building relationships, this network of social and human capital can expand. The social network analysis Finnegan and Daly conducted over time demonstrated that ties increased “when administrators realized information was not being promulgated effectively, [and] they decided to address that problem . . . they succeeded.” However, Finnegan and Daly point to a caveat:

Perhaps most critically, and unfortunately, during the same time period when these educational leaders increased work related ties, they also had a reduction in more affective relationships (e.g. trust).  These more “emotionally” laden relationships are important as they indicate something about the “quality” of the ties. Our own work as well as others suggests that these types of relationships are critical in supporting change. Absent these ties, in which individuals can engage in risk taking and exposing vulnerabilities, deeper work and the changes in practice may be inhibited.

We’ve discussed the importance of connections on this blog before, and we uncovered a relevant ecological principle from Bill Mollison: it is not simply the quantity of connections that matters, it’s the quality of those connections.

Wrapping up, Finnegan and Daly conclude that while talking about quality relationships sounds simple enough, it’s much more difficult to put into practice:

. . . in the current climate of pressure and distrust, educational leaders and practitioners at all levels of the system have formidable challenges ahead if complex and authentic reform – and not just political rhetoric – is really desired in our educational system.