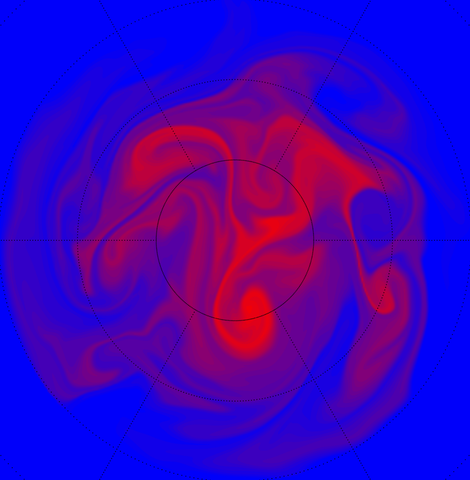 It’s well past due that New York made it clear that public education is about learning from and about our differences, so that we can better foster our shared knowledge and understanding. Increasing student access to a diversity of experiences, backgrounds, and people must be an explicit priority of our system of education if we are to continue to have a functioning democratic republic.

On election day, many New Yorkers experienced a jarring disjoint; the world we thought we knew transformed before our eyes. We have grown increasingly sheltered within our own immediate social media spheres, where it’s easier to disregard the arguments in different communities across our nation about the ongoing tensions that exist between equality and liberty, the power of the federal government vs. local communities, and between honoring our differences and backgrounds while developing and maintaining a shared set of values and understanding. These are essential arguments that thread back to the founding of our nation.

Similarly, in many of our public schools, students spend their days with others who are mostly just like them — they may look similar, speak the same language, or share the same values. And any who don’t adhere to these norms tend to be ostracized, whether due to appearance, belief, or behavior. Human beings, most especially children and adolescents, are highly attuned to differences. When I first began teaching, I was taken aback by how much attention my students paid to the state of my shoes!

And while there is much talk of a “culturally responsive” or “relevant” curriculum, the reality is that even a basic core curriculum is all too often lacking, not to mention access to adequate resources and opportunities and experiences beyond the school. Schools require coherent, well-structured, and thoughtfully sequenced content that will build students’ understanding of their wider society and world.

When students from segregated schools and communities graduate to an institution of higher education, or into a field of employment, they may suddenly feel a sense of disjoint between their social identity and the norms of the institution they’ve joined. They may discover that many others may not share their values nor experiences, and they must learn to assume a new manner of speaking, navigate a new culture, and demonstrate new behaviors. Many find their way into a niche where they can be accepted and supported in their transition into adulthood. Some young adults, however, find themselves stranded and unable to navigate across this divide. And the norms and practices of their society’s leaders and institutions will grow increasingly alien to them.

It is the fundamental mission of public education to support our student’s success in that transition into adulthood, to equip them with the knowledge, skills, and mindsets that will enable them to question and clarify other’s perspectives who are different, while effectively communicating and refining their own. To empower them to partake in the great debates of our nation and expand those conversations to include themselves.

Yet if we are honest in our reckoning, New York state is patently failing in this mission. In 2014, a UCLA Civil Rights Project report stamped NY with the shameful status of host to the most segregated schools in our nation. And this year, EdBuild released a report on the most extremely segregating school boundaries across the nation. Rochester, Syracuse, and Utica made the list, making NY number 6 out of the 50 states with the most segregating districts.

Families and neighborhoods with the most wealth continue to have the greatest access to a high quality education and positive life outcomes. For children less fortunate than others, segregation manifests in less access to resources, quality teachers, and safe and clean learning spaces.

And for both populations, an increasing lack of shared understanding and communication leads to further disengagement from participation in the civic institutions that should serve us all.

Here’s a handy infographic of the 74 ways characters die in Shakespeare’s plays.

Clinical psychiatrist Daniel Siegel argues that our minds are best understood as a combination of bottom-up sensory experiences and top-down schematic models.

If you want to enhance your brain, stop wasting your time with “brain training” apps and pick up a new musical instrument, instead. And exercise.

In Los Olivos, California, parents pay $49,000 a year for their kids to chop their own wood and grow their own food. Seems like a worthy trade-off, to me. Especially given the growing amount of research substantiating the positive effects of the outdoors on learning.

Speaking of the outdoors, if you have a view of the ocean, you probably have lower levels of psychological distress. Supposedly this applies across income or neighborhood quality, but let’s be real: most neighborhoods with an ocean view usually have a few other competitive advantages.

Speaking of meritocracy, boys read less than girls and even when they do read, they comprehend less. Which is a problem since even tech startups are trumpeting the value of reading.

And what separates champions from “almost champions” is how they respond to adversity. They put in the practice and training, and most critically, they compare themselves against past versions of themselves, rather than external comparisons against others. Implications for supporting our students in self-monitoring their progress here.

Because hey, even a ball of dough can learn to learn, with the right amount of electric shocks.

Sorry to inform you, frenetic button pushers: pushing those crosswalk and elevator close buttons are just placebo placating your sense of control.

In his new book, Messy, economist Tim Harford argues that allowing a bit of disorder and chaos into our lives can make us happier and more productive. One way, he suggests, is to force ourselves to interact with others who are different than us. (And here’s a past post on how allowing a little bit of chaos in a school can also be a good thing.)

Equity and Inclusion: Can we overcome our history?

While some may see this as merely a symbolic gesture, I think it’s a pretty big deal that a “president of America’s largest police management organization” issued a formal apology for police mistreatment of communities of color.

Knowing our history, as Politico’s Eliza Shapiro reports, is important as new battles about school zones and desegregation play out. Here’s a quote demonstrating why:

Recent meetings on the proposed rezoning have turned hostile: Lincoln Towers residents have wept and pleaded with the city not to go ahead with the rezoning, arguing that it would divide their community. Parents have shouted down Department of Education officials at meetings, accusing them of lying and intentionally concealing details about the plans. One person referred to PS 191 as a “cesspool.”

The principal of PS 191, Lauren Keville, has attended some of the public meetings, urging PS 199 parents — to apparently little effect — to visit her school before forming their judgment. PS 191 parents have been largely absent from the debate.

After the Council proposed its own plan and made explicit pleas for a more integrated district at a recent meeting, scores of parents spoke out against the plan. When one member of the council claimed he’d been “blindsided” by the plan, dozens of parents gave him a standing ovation. The PS 199 parents who support the integration plan — a constant but muted minority presence at public meetings — have been largely drowned out. (Bold added)

The parent group that is calling for integration, however, is making it’s views loud and clear.

Democracy: Should complex decisions be made by the people, or their elected representatives?

Populist democracy is on the rise. Yet our founders envisioned the US as a representative democracy. George Thomas argues that we have lost sight of the educative function of political leadership, and that we are increasingly placing complex policy decisions in the hands of voters who may lack an understanding of the need for compromise that effective and experienced political leaders possess. Repercussions are to be found in Republican kowtowing to Trump and Tea Party supporters, Democrat kowtowing to Sanders supporters, across the pond in the Brexit referendum, and California’s ever increasing ballot measures. Some argue that voting should only be left to those who have the requisite knowledge. And there’s some evidence to back this up: education levels have a correlation to who you vote for. Just take a guess.

And the 538 explores some of these issues from another angle: a science experiment in Key West open to public vote.