“Using person-first language to describe people who have mental illnesses is not just an example of political correctness. These words matter. They influence people’s attitudes, and attitudes help determine behaviors. We make assumptions about people based on the words we use, and when we use the words “the mentally ill,” those assumptions lead to lower levels of tolerance and acceptance.” [Bold added]

Anyone who worked in education in the 1990’s watched students diagnosed with attention deficit hyperactivity disorder treated with psychoactive drugs like Ritalin from very young ages. For many of us, it was a bizarre, unsettling spectacle, but the drugs were promoted and prescribed with such confidence and consistency that it seemed there must be no alternative.

It turns out that it seemed that way because a small group of child psychiatrists, with the support of the National Institute of Mental Health (NIMH), wanted it to. According to a recent New York Times article, these psychiatrists may have used the platform granted them by the NIMH to exaggerate the benefits of drugs and to “distort…the debate over the most effective (and cost-effective) treatments [of A.D.H.D.]”

In essence, these authors of the NIMH report apparently dismissed or downplayed any evidence that behavioral therapy might be a viable adjunct (or alternative) to prescription drugs and preached their gospel that medication alone was the most effective way to treat A.D.H.D.

Not surprisingly, psychiatrists involved in the NIMH study have received financial support from the pharmaceutical companies who benefited most from the study’s aggressive promotion of medication over therapy. Co-author Dr. Lily Hechtman, for example, has Eli Lilly, GlaxoSmithKline, Janssen-Ortho, Purdue Pharma, and Shire; has received research funding from Shire (which manufactures Adderall) and Eli Lilly; she has also been on the speakers’ bureaus and advisory boards of both companies.

Hechtman told the Times that she hoped her aggressive advocacy of drug treatments over social and academic skill building “didn’t do irreparable damage.”

Dr. Gene Arnold, another of the study’s co-authors, told the Times he now views the NIMH study as a “lost opportunity to give kids the advantage of both and develop more resources in schools to support the child.” Like Hechtman, Arnold has received research funding and other fees from Shire. And Dr. Peter Jensen, who oversaw the NIMH study, has received training and/or research funds from Novartis (makers of Ritalin) and served as a consultant to both Novartis and Shire.

Today, these psychiatrists claim to regret pushing drugs over therapy so aggressively, particularly since more and more research is showing that behavioral therapy in combination with medication is the most effective treatment. As a special education teacher, I’ve certainly seen that drugs can be a necessary and effective component of treating A.D.H.D. As one psychologist told the Times, “Medication helps a person be receptive to learning new skills and behaviors, but those skills and behaviors don’t magically appear. They have to be taught.” In other words, drugs can help students calm down and focus, but they won’t teach a student how to function effectively in and out of the classroom.

This point is so patently obvious that it’s hard to believe the NIMH psychiatrists simply missed it. And it’s even harder not to gag when the same psychiatrists say, as Dr. Hechtman said to the Times, presumably with a straight face, “The people who pay the price in the end is the kids. That’s the biggest tragedy in all of this.”

Will asked some strong questions about the vague meaning of learning disabilities in his last post. The question he asked that most struck me is “why does a society that cares so little for disabled and disadvantaged adults cast such a wide net when classifying students as disabled?”

Because the reality is that such classification is incredibly subjective. A learning disability is defined as “a condition giving rise to difficulties in acquiring knowledge and skills to the level expected of those of the same age.”

One logical question that arises from this definition is “what causes such a condition?” And it is the various answers to this question that makes special education such a murky domain.

Early childhood experiences can have a tremendous impact. Children raised or continuing to live in environments with inattentive or abusive guardians end up with the traits of disability. But are such children truly “disabled” in the sense that their limitations are due to innate differences? Or does it even matter?

It does matter, because the difference is that in some cases, such as when a child has brain damage, it is clear that there is a disability attributable to that specific child (due to no one’s fault other than fate, nature, or god, depending on your perspective). But in cases where it is environmental, the disability is attributable to conditions created by a deficiency in something or someone else. In other words, it is not the child who is disabled, but that they live in a “disabling” environment.

Perhaps this is why we “cast such a wide net.” It may be that our society feels uncomfortable distinguishing clearly between such cases, because if we begin to acknowledge that children are being raised in disabling environments, then it would require us to take collective action. It is much easier, in some ways, to simply label a child with a disability, and place the burden on her.

Because a disabling environment can be fixed. A child with a real learning disability cannot. 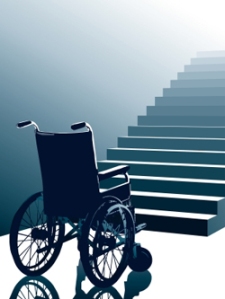 As we discuss the challenges of creating school environments that fully integrate students with learning disabilities, it seems worth exploring the idea of disability itself. One of the most interesting things about teaching special education is seeing what a huge variety of students  are lumped into the category of “students with disabilities.” Under the umbrella of special education, I have taught students diagnosed with: dyslexia, attention deficit disorder, cerebral palsy, autism, emotional disturbance, and Asperger’s Syndrome– not to mention dozens of students classified simply with the catch-all diagnosis, “learning disability,” a category which can cover students with mild dyslexia as well as students whose testing reveals borderline mental retardation.

Students with these diagnoses present their teachers with wildly varied needs and challenges, but they are bound together by this one word: “disability.”  So what does it mean? For practical purposes, a learning disability is any condition that interferes with a student’s ability to access a school’s required curriculum. This is simple enough when a student suffers from a disability like deafness. Since this condition makes the physical aspects of learning inordinately difficult for students, the school’s responsibility is to offer the student accommodations (such as assistance with notetaking or sign language interpretation) that will ensure the student’s deafness does not prevent them from learning.

With criteria this broad, one could argue that most adolescents who struggle in school suffer from emotional disturbances. So, is emotional disturbance an actual learning disability? Or, is it simply a catch-all label used to get students who display “inappropriate behavior under normal circumstances” out of mainstream classrooms? How do we distinguish the type of “pervasive depression” that qualifies students for special education services from other types of depression?

Moreover, if a student’s depression isn’t interfering with their learning, should a school be responsible for providing emotional or psychological support? If “pervasive unhappiness” constitutes a learning disability, how happy must a student be before they’re considered ready for mainstreaming? If a student is academically successful when receiving special education support, should those supports be withdrawn?

One final question: why does a society that cares so little for disabled and disadvantaged adults cast such a wide net when classifying students as disabled? 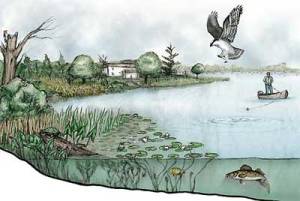 What happens to disabled plants and animals? Do such things even exist? As Mark and I explore the concept of disability in education, I wonder if there’s any parallel to Mark’s notion of an “enabling environment” in the natural world.

The dominant view of pretty much every social institution rests on the Darwinian concept of natural selection: those beings best adapted to their environments will thrive and reproduce. According to this logic, those with disabilities will struggle and ultimately perish. If the species cannot adapt to its environment, its environment will most certainly not adapt to it.

This notion of nature as a cold, heartless place where only the strong survive serves to justify educational practices and policies, like high-stakes testing and Race to the Top, that are aggressively competitive. It’s natural, the logic goes, to place students and schools in competition with each other; such competition will bring out the best in all involved and will allow the truly gifted to thrive and prosper. (Incidentally, I’ve never been clear about what happens next in this narrative. Are the winners supposed to do something nice for the rest of us?)

In any case, this Darwinian approach to education consistently ignores students with disabilities. Such students, after all, present a difficult problem. If it’s natural for only the best adapted students to succeed, then we’re doing something unnatural by providing special education services.

I’m wondering, though, if it’s entirely true that “disabled” species are always left behind. The natural selection narrative that we’ve constructed seems suspiciously neat and tidy to me. Nature is nothing if not complicated. So, if we have any zoologists, biologists, or animal buffs out there, maybe you can answer the following questions: