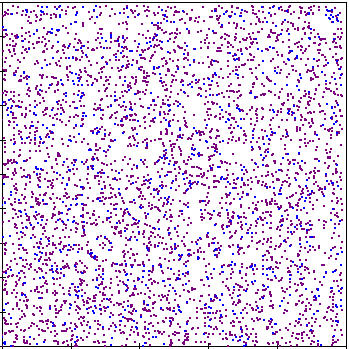 I noted in a recent post that in the TNTP study, teacher effectiveness and growth was notably more observable in a CMO, and I hypothesized that this could be attributable to some charter networks having more tightly managed systems of assessment, curriculum, teacher practice, and observation.

But to suggest that this is an innate quality of charter schools is questionable. There is absolutely no reason for a district school not to be in possession of such qualities, and indeed, many do.

Kingsland argues for NOLA-style systems, in which the government merely regulates, rather than operates, schools, with the idea being that the private sector can conduct operations more efficiently and effectively. But there’s a potential, and possibly critical, issue with such a system: a lack of coherency.

Within a well-managed district, on the other hand, there is potential for greater coherency. A state or central office can provide specific direction on operational shifts via policy that all district schools would be expected to adhere to.

Kingsland asks, “is it more likely that we can achieve major gains in districts or scale highly effective charters?,” I think he’s created a false dichotomy. I think the more interesting question is, “How can we achieve major gains by leveraging federal, state, and district policy to implement effective and coherent systems, content, and practices across all schools?”

A NOLA-style system might be able to make swift initial gains, due to well-managed networks putting into place strong systems of assessment, feedback, and practice. But it’s certainly feasible that a well-managed district system can make even bigger gains over the longer haul.

I disagree, therefore, with Kingsland’s position that charter schools are inherently superior in enhancing teacher effectiveness and promoting student achievement. In fact, I charge that a NOLA-style system may ultimately run up against its innate incoherency, at which point, large-scale gains would stagnate.

I could be totally wrong on this, of course, and admit that this is conjecture and based on my own values. It may be that a NOLA-style system may end up leading to greater coherency in operations due to competition, and thus, best practices evolve through demonstrated gains in one organization and subsequent adoption by those who are attempting to compete.

I may also be overstating the ability of district schools to establish coherency, given constraints in operating within often volatile political contexts.

The problem is, of course, that while NOLA has demonstrated significant academic gains on tests since moving into a private sector operated system, it’s still purely conjecture as to whether the same benefit would transfer to any other district simply due to a  structural change. It’s also still conjecture that those gains can be solely attributed to a structural shift to private sector operation, rather than the simple mechanism of distributing students across geographical boundaries.

But let’s assume for the moment that Kingsland is correct that a private sector operated school system is the optimal system. I would still argue, even in such a case, that this doesn’t mean that such a system will necessarily scale effectively into different social and political contexts.

In the face of great complexity and uncertainty, we can hedge our bets by planning for robustness, rather than optimality.

Perhaps the answer lies somewhere in between.

Neerav Kingsland has a thought-provoking piece entitled “The Complexity of the New Orleans Reform Effort Might Actually Make It Easier to Scale” up on his blog.

He argues that the large effect size shown by a recent study on the New Orleans reform can be attributed to the fact that the reforms were largely structural in nature, rather than programmatic, and that structures are easier to scale and replicate.

My guess is that because New Orleans took on a structural reform, and not a specific programmatic reform, the effort might actually be easier to scale.

The confluence of organizational talent, strategy, and implementation is very hard to replicate.

But the New Orleans reforms were not particularly operational in nature. There was no multifacteded curriculum that had to be adopted, no teacher coaching model that required years of training, no wrap-around model that necessitated the coordination of numerous agencies.

This made made me remember a passage from Richard Kahlenberg’s book on Al Shanker, Tough Liberal*, specifically Shanker’s reaction to the Bundy proposal for Ford Foundation funded pilot community control district in Ocean-Hill Brownsville. Shanker’s position could be framed as a suitable counterclaim to Kingsland’s position:

Fundamentally, Shanker argued, the focus on governance changes were a distraction. ‘The tragedy of the Bundy proposals,’ Shanker said, ‘is that they take us away from the question of why children won’t read, why they can’t write, where is the money going to come from and what can we do for these children,’ focusing instead on whether board headquarters should ‘be a little closer or a little further away.’

“Whereas Shanker had supported the Ocean Hill-Brownsville pilot as part of a deal to get more money for [More Effective Schools], the Bundy proposal was education on the cheap–a way to be for change while also balancing the budget.”

This isn’t a direct counter to Kingsland’s take, but an interesting counterpoint in the sense of stressing the importance of funding, resources, and interventions over that of governance.

In my view, both facets are important. We need the hard work on the ground and the necessary funding for cultivating and implementing effective programs, but we also need coherent and consistent systems that connect to and organize that work.

Kingsland also makes an interesting claim about governance and structure as a critical strategy in coping with complexity:

“. . . the fact is that the New Orleans model is predicated more on layering in a structure and strategy over a complex system than it is on executing an operational heavy, resource intensive intervention.

In the long run, this is exactly why I think the New Orleans model has the potential to scale.”

This is a claim I find compelling, given the acknowledgement of education as a complex system. I’m just not sure I’m on board with the notion of turning an entire school system into a CMO. While this research is promising, I’m not so sanguine about the replicability of the New Orleans experiment, given the extreme variability of conditions and contexts.

What do you think about transforming an entire public education system into a privately managed system?

*I just happen to be reading it at this moment. Excellent and essential reading.